Here’s a talk by a robotics professor at Carnegie Mellon who worked on autonomous cars at Uber ATG. 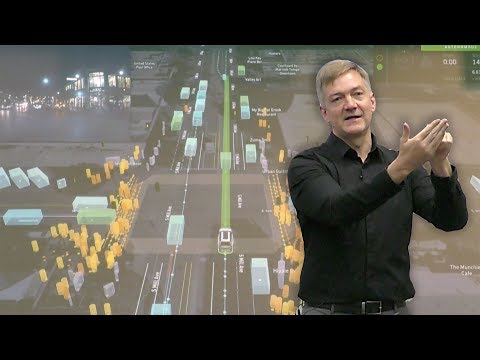 To me, the most interesting theme of his talk was the contrast between two self-driving car architectures. First, there’s what I’ll call the classical robotics architecture:

What’s changed in this architecture between the DARPA Urban Challenge in 2007 and today is the use of deep learning for perception and prediction. So maybe a more accurate name is the semi-classical architecture.

Then there are end-to-end learning architectures:

You go from sensor input to actuator output with one big neural network in the middle. You train the network via imitation learning using human-driven miles in the autonomous car (or potentially via reinforcement learning in simulation). Jeff Schneider talks about Uber ATG’s experiments with this in the talk.

A third alternative is a mid-to-mid architecture. Schneider alludes to this in the talk when he says (at 59:50):

If you want to make the problem hard, force it to start from the camera image. … But, again, we have the option here to start small. We can take the existing perception system and just work on the motion planning system to start with.

An example is Waymo’s ChaffeurNet. Instead of sensor input to actuator output, you go from perception neural network output to classical control algorithm input. It goes:

By contrast, the semi-classical architecture goes:

The action neural network is trained with a) imitation learning using data from human driving, b) reinforcement learning in simulation, or c) both.

I may not have all the terminology exactly right (particularly “mid-to-mid” vs. “end-to-end”), but I think I have the general concept right.

Schneider doesn’t actually say what architecture Uber ATG is pursuing, except that it’s not an end-to-end architecture. If Schneider’s views reflect the majority view of technical leads at the company, I would guess Uber is working on a mid-to-mid architecture.

Big picture: some of the major self-driving companies are coming around to the idea that a self-driving car’s actions should be decided by a neural network trained via imitation learning and/or reinforcement learning, as opposed to hand-coded software. Great talk. Their fast and furious paper seems interesting and shows they are going to do something magical!